For those of you who wonder exactly what the term ‘Six degrees of separation‘ refers to, is the idea that all living things and everything else in the world is just six or fewer steps away from each other in the world. That is where the statement, “a friend of a friend of a friend‘, refers to that will connect any two people in a maximum of six steps.

It was popularized in a Broadway Play in 1990, and I always thought it was a little far fetched. However, since studying the Master Keys and learning more about the subconscious and our connection to the Universal Mind, it is becoming more than just a curiosity.

In my busy world, as a diversion, I like to work at the University of Pittsburgh basketball games and big entertainment events in Pittsburgh. Meeting people and networking is a passion of mine.

I have been dabbling in an area of a medical business that deals with pulsed-electro- magnetic frequency therapy. I was having a conversation with a young North Carolina fan, before the Pitt-North Carolina game, when after a time I realized he was my old roommate’s son from college. I Have not seen him for years so I did not recognize him. The funny thing was that both of us had undergone Gastric Bypass surgery and lost over 100 pounds of weight, which completely changed both of our appearances, (I felt to the better). 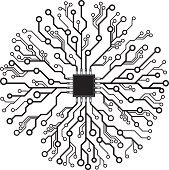 I also haven’t spoken to his father in a while, even though we had been very close in past and were roommates in college. The father had become an avid runner for the last 25 years and looked good, but under that well-conditioned body, he was experiencing heart problems. When I shared with him that I was opening a wellness clinic in our hometown and was using PEMF therapy that increases circulation, he became interested in investing and helping us not only open the clinic but treat a number of people that would desperately need our services.

By sending out positive signals to help my fellow mankind, nature was responding in like manner to help me in this shared endeavor.

The Master Keys at work again. I have had the subject on my mind constantly and meditated on it as well, and now I had an opportunity to evaluate this further from a trusted source. It verifies the concept that when I concentrate on a problem or issue the subconscious will act on it and work towards finding a solution. The coincidence that happened made me think that the answer to any question lies in my belief that if I concentrate and use my subconscious correctly I can solve any mystery of my daily life. 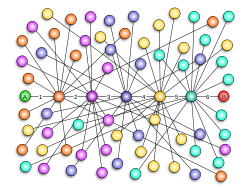 Trained as a pharmacist, I graduated from the University of Pittsburgh, School of Pharmacy, operated and owned pharmacies for over 20 years and have done all types of sales and consulting jobs. I am also certified with Trinity College of Health as a CNHP- Certified Natural Health Provider, because I feel that the alternative medicine field is a necessary compliment to the medical field. I traveled the country opening up Wellness Stores within Pharmacies and worked with a pharmacy buying group for 15 years consulting with independent pharmacies. I enjoy certain types of sales, mostly MLM, where you can operate your own business. Currently, I am working with a Legal Plan Provider company that deals with legal issues and identity theft, and reviving my Real Estate investing business again. I still dabble in the nutritional areas. I am also helping my partners, a physician, and nurse, developing some unique nutritional products which have been challenging but fun.
View all posts by dileog →
This entry was posted in Uncategorized. Bookmark the permalink.

This site uses Akismet to reduce spam. Learn how your comment data is processed.